So off we went, a last minute decision to escape the clutches of grey English skies and cold for 5 days of glorious salvation to a pre-discovered but only partially explored Lisbon, Portugal. Accompanied by a old friend and equally impulsive traveller keen to disappear for a few days after the Christmas formalities we set our sights on the south, anywhere south… 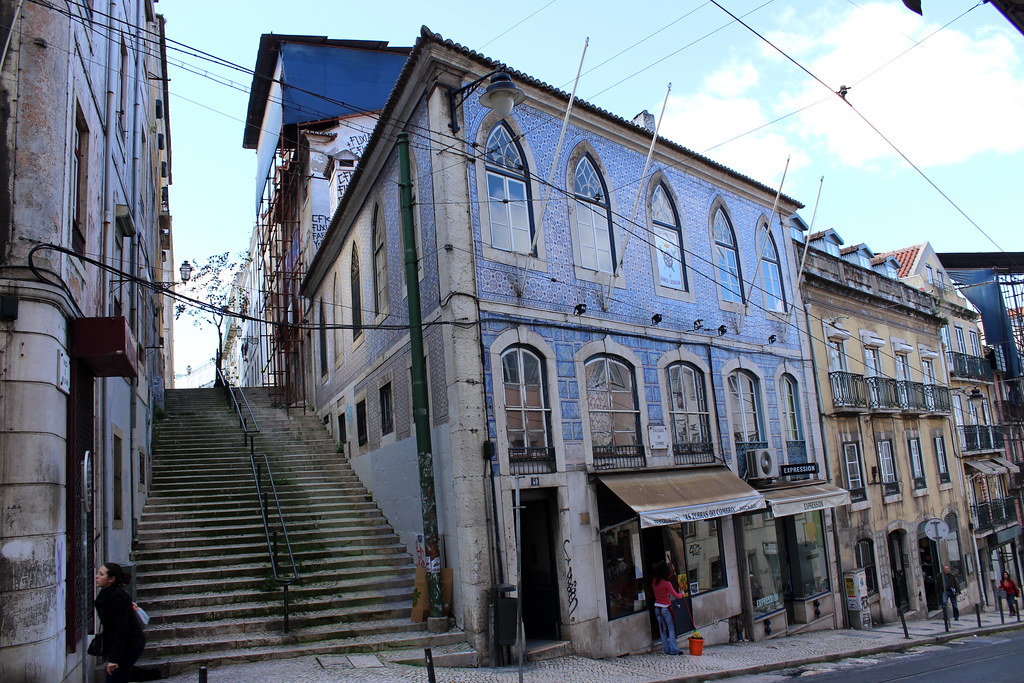 Now the budget I set for this little excursion was about £500. For flights, accomodation, liquid sustenance and everything else. So, Barbados out of the running we turned focus an old faithful of a destination. Lisbon. Portugal’s capital is said to be the most affordable in Western Europe and came to our attention some years earlier when a stag party needed to be arranged. That time however not many records were obtained, funnily enough.

So with a bit of frantic web searching and Christmas shopping avoidance, flights and an Airbnb apartment were secured. Easyjet from Bristol (BRS) to Lisbon (LIS) and 5 days parking from 31st December: £175pp. Airbnb apartment on Tv. Peixeira (next to the government building, Assembleia de República): £500.        Ok, that’s a flash pad, wheels and wings sorted. All we have to do now is survive Christmas and we’re there. Ok, our flights were booked about 10 days before departure and were scheduled for New Year’s Eve at near 8am which were the cheapest going for several days before and after. This required driving and parking in Bristol Airport ‘Silver Parking’ area at 6-630am and taking the transfer coach into the terminal (remembering the numbered space we used in the car park before checking it in, which we nearly didn’t, saved a panicky trip back into the cold to get it for the staff who take your key and move your vehicle while your away).

That undertaken you arrive in Lisbon’s Portela Airport (Also known as Humberto Delgado Airport confusingly but as we weren’t flying Ryanair I had slightly more faith that we would in fact be flying to Lisbon’s main airport) and head into the city via the subway. Arriving in the pouring rain and having to wait 2 hours before we could check in was alleviated with by a visit to the first place we saw open a sodding British Pub. A not unfriendly and welcoming place near the river and Cais do Sodré station/ferry terminal. Two smokey pints of Guinness (you can still smoke in bars in Portugal apparently) and the sun was back out so we chugged over to our bolthole apartment in a very reasonably priced taxi. Our overzealous Brazilian host finally left us to it so after a short relax we set to the streets of Bairro Alto a short up and down around the beautifully jagged tiled streets in the central hilly area. It was New Year’s eve so we would be ignoring the jet lag* and plow on into the night.

All I can recommend from this one night is do go to Rua do Diario de Noticias and do not end up south of the river in a grungy techno party until five in the morning. My youth revisited and New Year out the way we had 4 days to settle in and recentre, eat some good food and hopefully get some activity going. First thing to do though was get some sleep. The night had been good to us and it would take a bit of time to reintegrate with the daywalkers so what we needed was good ol’ new years day…Sardines and boiled potato and a bottle of Tinto. When in Rome after all do as the Lisboners do. You don’t have to go far to find a low key restaurant that sells the cities favourite and most famous dish and that, this time was a life saver. We stumbled into this little no-nonsense joint near the top of Tv. da Condessa do Rio (where many of the postcard pics are taken of the trams travelling up and down the steep old lane) Floresta do Calhariz, R. Luz Soriano 9.

We sat outside quite comfortably on January 1st praising the moderate weather conditions and smirking at the thought of our genius in deciding to be gone at this time of year. Back in the land of the living [sort of] and getting to know the street plan enough that we didn’t have to get lost if we didn’t want to. We idly strolled back to HQ with only a couple of  nightcaps on the way and called it a night.

Surf’s up. Call me a little crazy but I’m into my outdoor extreme and uplifting activities when I’m on holiday and why would that be any different in the dead of winter on a grey sky lit coast on the North Atlantic? Time to get out of town for a surf lesson with Surf Lisbon, a cool crew of guys running and surf school and hostel a few miles out of the city. A friend of mine told me about the school a while back and I had been meaning to go for some time so a quick chat on the phone and they arranged a spot on a group lesson and pickup from Marquês de Pombal for about €35 (that’s 25 for the lesson and 10 for the transfer to and from town). A great way to meet some new people and get to see some of the outlying areas of Lisbon plus getting some exercise apart from anything else. Weather sucked however so this kind of activity would be best attempted in the spring or summer months but in terms of waves there were plenty to have a go at on the point break of Praia do Torre where we spent a long 2 hours flapping and gasping in shear delight.

My accomplice and I are always getting down to the steam room in our local town and after the heavy onslaught of drink and hedonisms of NYE we had to get over to cement the detox in full. The SANA Malhoa hotel, Av. José Malhoa 8, 1099-089 Lisboa, Portugal.

A bit of a hike for us but well worth it because €10 gave full access to wellness spa with a nicely laid out sauna, steam room and jacuzzi. And we did some research, this was by far the cheapest although unless you stay in or near the hotel it’s a 6-7 euro cab ride back to Bairro Alto. Lot’s of gay sauna in the city area however so whatever floats your, erm,.. boat.

What do we want?…Burger. Everywhere you go around the middle of Lisbon seems to offer little gems for places to eat but nothing quite hit the spot like this one. Well priced and on a quiet street just adjacent to Rua do Diario de Noticias we found the coolest burger restaurant in town (of the grand total of one that we visited..) A Cultura do Hamburguer  R. das Salgadeiras 38, 1200-036 Lisboa, Portugal

Rustic beyond belief and definitely a football fan’s eating temple (an unashamed projector was playing a live match on screen but not at a high volume) they had so many different burgers and baps it would take a fortnight of lunch and dinner sittings to try them all. Job done and Lisbon wastes no time yet again in handing out top service at bottom dollar. And so back to the budget…

Probably this 5 day trip cost about £600pp in the end but what’s wrong with that? Bro-man collected the final Uber taxi tab to the airport which nearly missed us our flight because the driver couldn’t navigate to the correct terminal so this was money I’d have far sooner spent doing the subway train with and collected change plus peace of mind. Savings could have been made in some other areas too but all in all I expected to have a few more nasty surprises than did occur so this trip has been dubbed a success.

Until next time, Lisbon. Stay savvy 🙂

What can I help you with? Message me :)